How much electricity does a 3D printer use, why, and how do you keep the costs down?

The simple answer is about .05 kilowatt hours for each hour of printing for a very high quality machine, but as much as 50 whole kilowatts per hour of printing for other, less efficient machines. But let’s take a closer look at the real cost of running a 3D printer and see where you can save a few bucks in the process of printing cool stuff.

Make a difference to your energy bill

With some 3D printers being very small and consuming as little as 35–45 watts, other larger machines may use around 250–300 watts to do the same job on a larger scale, with different materials, or at a faster rate of production. By comparing both ends of the scale, we see that a typical hour of power consumption varies from .07 kW/hr at the small end and as much as .24 kW/hr at the larger side.

So that tells us the kilowatts used – how does that transfer into dollars?

Here in the United States, the average cost of electricity is just about $0.12 per kWh (kilowatt-hour). So, if you’re doing the math, the range is about 8 cents up to about 28 cents per hour.

This tells us that the cost of using the best 3D printer is pretty darn low, averaging less than 18 cents according to our math, and about 2.5 cents per hour according to the research done by 3D Printing Mentor.

Based on what we uncovered in our research, one of the cheapest 3D printers to run is the extremely user-friendly Monoprice Delta Pro. This eco-designed machine uses just about .07 kW/hr, the lowest we were able to find anywhere on the web. 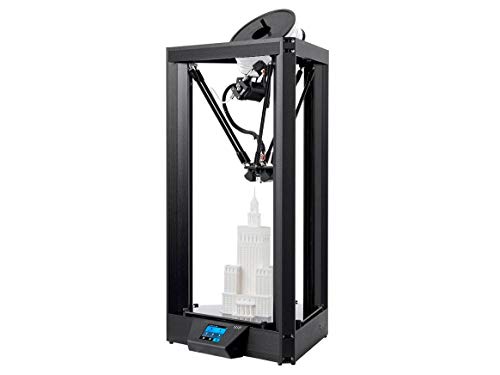