Whilst it would be perfect if we all had access to a constant, stable Wi-Fi signal, in reality it isn’t that simple, and extenders, or repeaters, are an increasingly popular way to sort out the ongoing issue with this invaluable resource. With powerful laptops, PCs and other devices constantly making demands on our connectivity, it’s crucial to have, and maintain, a decent signal.

Unlike a booster, which works by boosting the Wi-Fi signal from the main access point, an extender rebroadcasts the existing signal via two antennas to extend the connection. Eliminating any interference from environmental factors, or if the distance to be covered is too great, a Wi-Fi extender can make all the difference to the stability of your connection.

Here, then are our top Wi-Fi extenders: 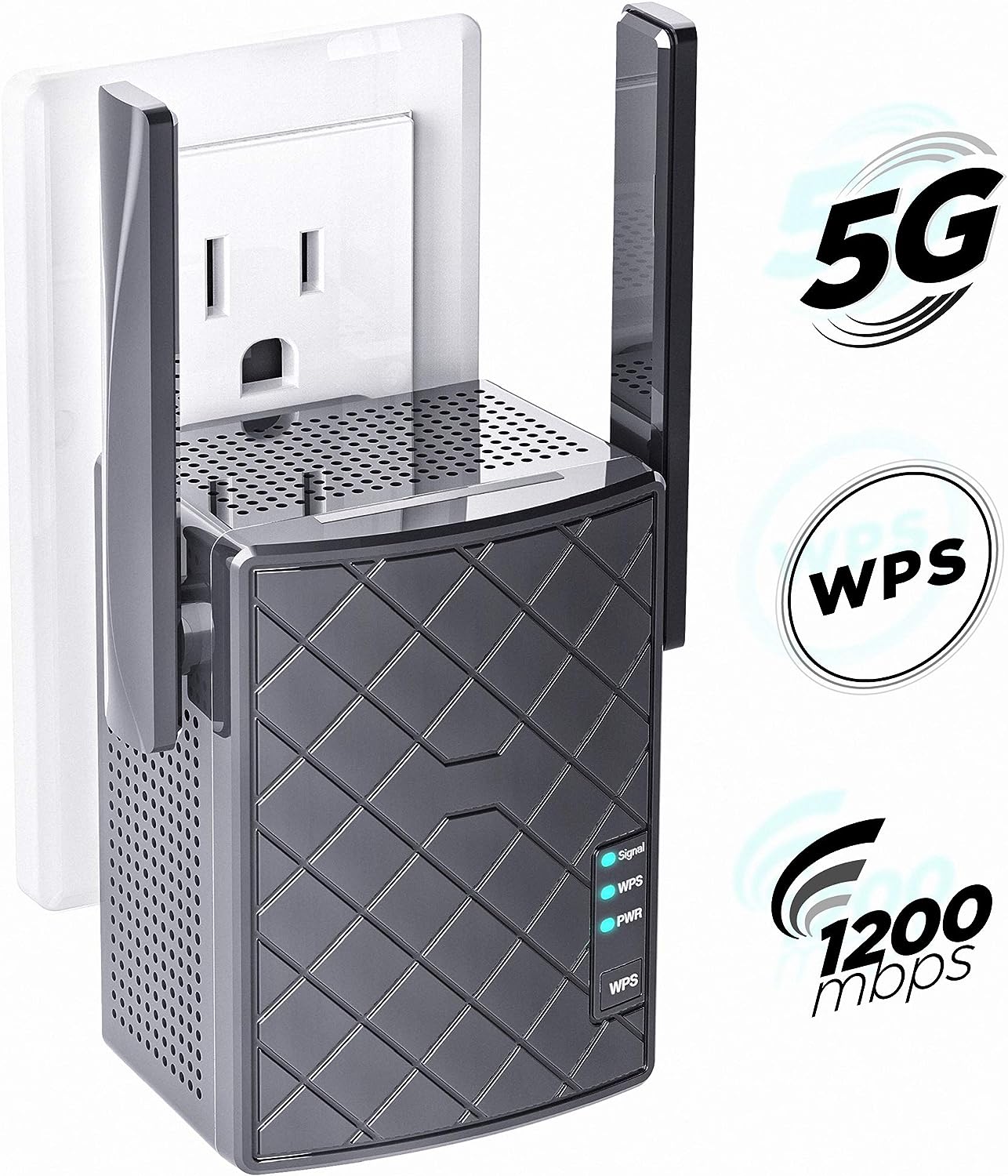 Offering 1200 Mbts (megabits per second), this palm-sized unit from Netbox can expand your network for 2.4GHz and 5GHz, is easy to install and, via a simple press button connection, simple to set up.

With the addition of an ethernet port, this Wi-Fi extender has all bases covered, but we found that with the increased stability and extended signal offered, we never even considered having to use the ethernet. Games that we considered fast, are now even faster, appearing laggy when we remove the extender – we have been spoiled!

This diminutive Wi-Fi extender really does pack a punch, extending the range, and causing devices to run smoothly and speedily. With a budget-friendly price, this easily earns its place on our recommended list. 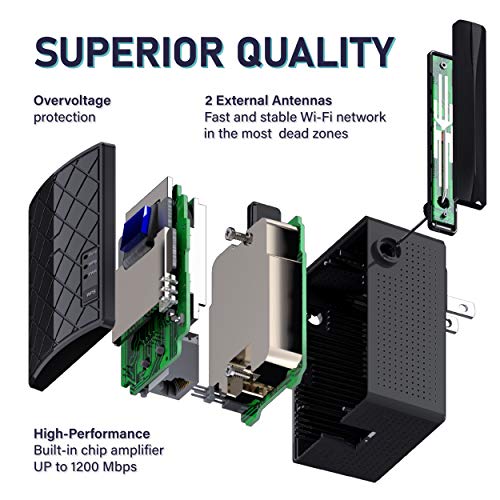 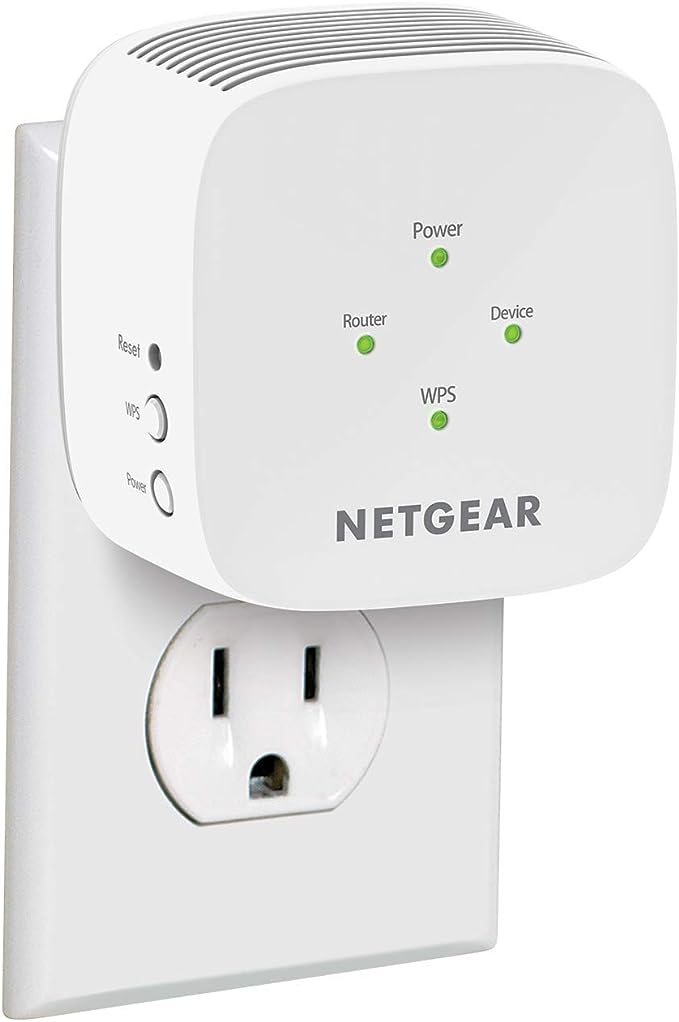 Covering up to 1200 sq ft and easily coping with 20 devices connecting at once, this is an impressive Wi-Fi extender. When you add in the great 750 Mbps, universal compatibility, and the simple set up, this is looking good so far.

Appearance wise, this is a good looking piece of kit – clean cut white, with four small indicators, you wouldn’t know it was there, except for the vastly improved performance of our gaming machines. Notoriously heavy on the signal use, this diminutive extender didn’t even bat an eyelid, just kept everything powered up and connected.

Although we discovered that the range covered by this little baby is wider than the 1200 sq ft quoted, the signal did start to waver at around the 1195 mark. Now, although this is in no way a deal breaker, it’s something to bear in mind. 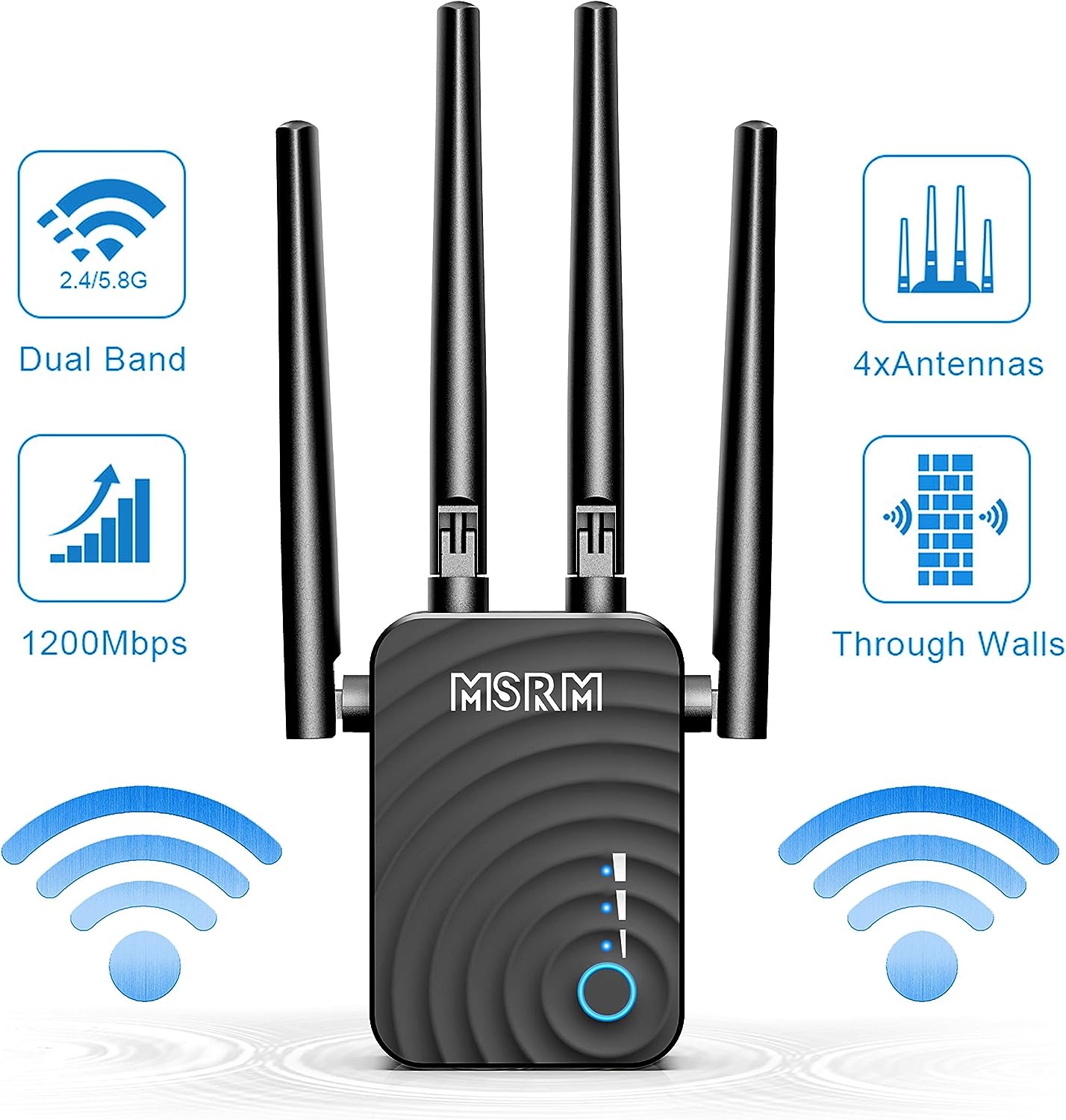 Including a useful ethernet LAN port, this 4 antenna extender offers a 3-in-1 mode – Access Point, Wi-Fi Extender and Wi-Fi Router, plus 1200 Mbps. With a simple set up, and a LED signal indicator, this, despite the strange design, is well worth some serious consideration so far.

This multi functional extender not only increases the Wi-Fi signal, but can convert a wired network to wireless, and can instantly create a private AC 1200 wireless network. These added bonuses increase its usefulness for a home or business set up.

Although not a major issue, due to the design of this Wi-Fi extender, if you have a double power outlet, this must connect to the top socket. The four rather intrusive antenna could easily block access to the upper socket if not.

With an eye-catching, four antenna design, this extender offers much for your money, including a powerful private wireless network. That, plus the impressively stable Wi-Fi connectivity, makes this a worthy contender for top spot! 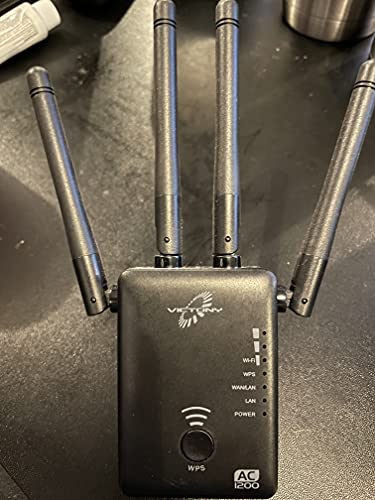