How Do Red Light Cameras Work?

We All Want To Know This!

Imagine driving towards an intersection with traffic lights on green. And as you are about to cross, another vehicle coming from your right suddenly appears out of nowhere blatantly disregarding the traffic lights. Fortunately, you were able to hit the brakes just in time to avoid a crash as the erring vehicle speeds away.

In reality though, many aren’t so lucky to avoid such accidents. In the US alone, around 22 percent of traffic accidents are due to red light violators, while around 800 people are killed due to crashes from red-light running each year, according to the Insurance Institute for Highway Safety.

How to Avoid Traffic Accidents

These cameras capture images of vehicles that enter an intersection despite a red traffic light signal. They are triggered when a vehicle passes the stop bar at an intersection at a certain speed after the traffic light has turned red. They take two pictures of the vehicle to show that they entered an intersection on a red light and then continued through it. The red light camera system uses an induction loop trigger with an electrical wire placed under the asphalt road as the most common form. The cameras and induction loop are both controlled by a computer located inside a control box.

The images captured by red-light cameras are then collected as evidence to prosecute traffic light violators. Generally, traffic enforcers review the evidence to confirm if a violation was committed and a ticket will be mailed to the owner of the vehicle found in violation. 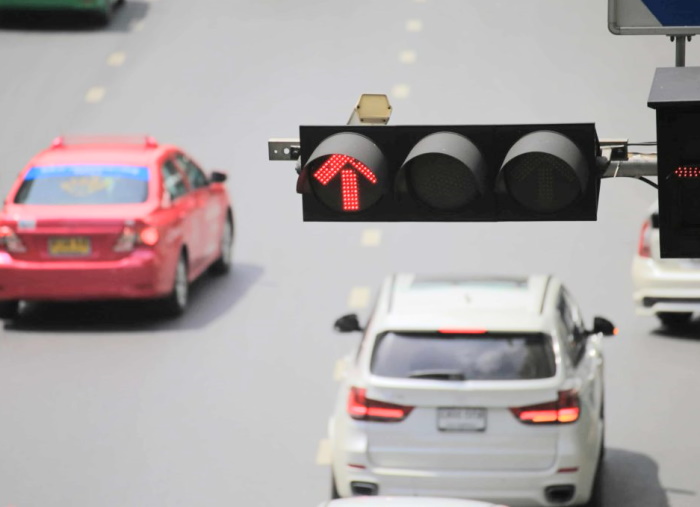 Red light cameras are often confused with traffic monitoring cameras sitting on top of traffic lights. Red light cameras are positioned on the side of the road and are much bulkier than traffic cameras. They often point in the direction of traffic and are usually 10 to15 feet above the ground. A tall big box, positioned near the intersection, is where pictures are captured and recorded.

If you enjoyed this, check out these other great articles

Saving Your Sanity! The Top 10 Apps to Create Happy Kids on Long Journeys

How to Detox Your Mind By Staying Away From Your Phone

What Does GA Being Banned in France Mean For The Rest Of Europe?

This 4K TV has Enough Inches to Satisfy You,Your Wife and Family and all the Neighbors

How to Avoid the Panic on Mother’s Day

The Rise of the Nerds